As the threat of an adverse decision in Janus v. AFSCME hangs over us, we need to reinvigorate our loyalty and support for CSA, AFSA, AFL-CIO and ARA and to support elected officials who share our values and beliefs about public education and unionism. I urge all our active and retiree membership to get involved now.

We should join the groups in our country who are fighting for public education funding and school security – from the student advocates from Parkland High School in Florida to the educators in the states of Arizona, Colorado, Kentucky, West Virginia and Oklahoma.

Unionism and public education are strongly connected. The more that educators in the respective states succeed, the greater the strength of unionism becomes.

Let’s start with the state of Florida. After the horrific nightmare in Parkland, the governor and the state legislature passed legislation which made modest improvements in school safety, school districts will have less money for education and are ruling out raises for school employees. Isn’t that a union rallying cry?

According to Washington Post Education Reporter Moriah Balingit, “The walkouts in Arizona and Colorado mirror earlier activism as educators, parents and the business community campaign to reverse years of cuts that have left teachers without raises, schools in disrepair and classrooms bereft of up-to-date textbooks and modern technology. The school funding reductions in the GOP states are a byproduct of generous tax cuts.” Isn’t this the kind of issue what we stand up to?

The public education demonstrations in the states of Kentucky, West Virginia and Oklahoma are similar.

Isn’t this an opportunity, as we face the fallout from Janus, to reinvigorate our support for colleagues in these “right-to-work” states? Isn’t this an opportunity for unions to reestablish our organizing efforts there? We can write letters, speak at organization and community meetings, attend rallies and lobby our elected officials (from school board and community planning meetings, to state and national elections). And, most importantly, we can work to increase the number of voters.

I join former AFSA president Diann Woodard when she says, “I don’t fear Janus. I embrace it as a way for all of us to join hands and find new ways to operate moving forward. It is time for every member to ask the question, ‘What can I do to make our union more powerful?’” 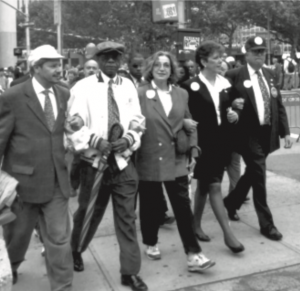 Throughout September and October, CSA once again welcomed and celebrated its new members at nine

CSA and the ENTERTAINERS 4 EDUCATION ALLIANCE would like to celebrate your phenomenal Principal. Nominate your Principal to

Veteran’s Unit: Collaboration And Leadership By Noah Angeles It was slightly past noon on July

Use this form to find things you need on this site